“Young people need to be included in conversations around bullying prevention,” said Cari Zawodny,  the adult facilitator for both Youth Vote and Story Works Student Advisory Team. “The IBPA Conference is a great place to share information, ideas, and potentially network, but it does not have significant youth attendance.”

Graziano, Spohnholz-Johnson and Carter would like to see that change. They intend to put together a proposal to present at next year’s conference. 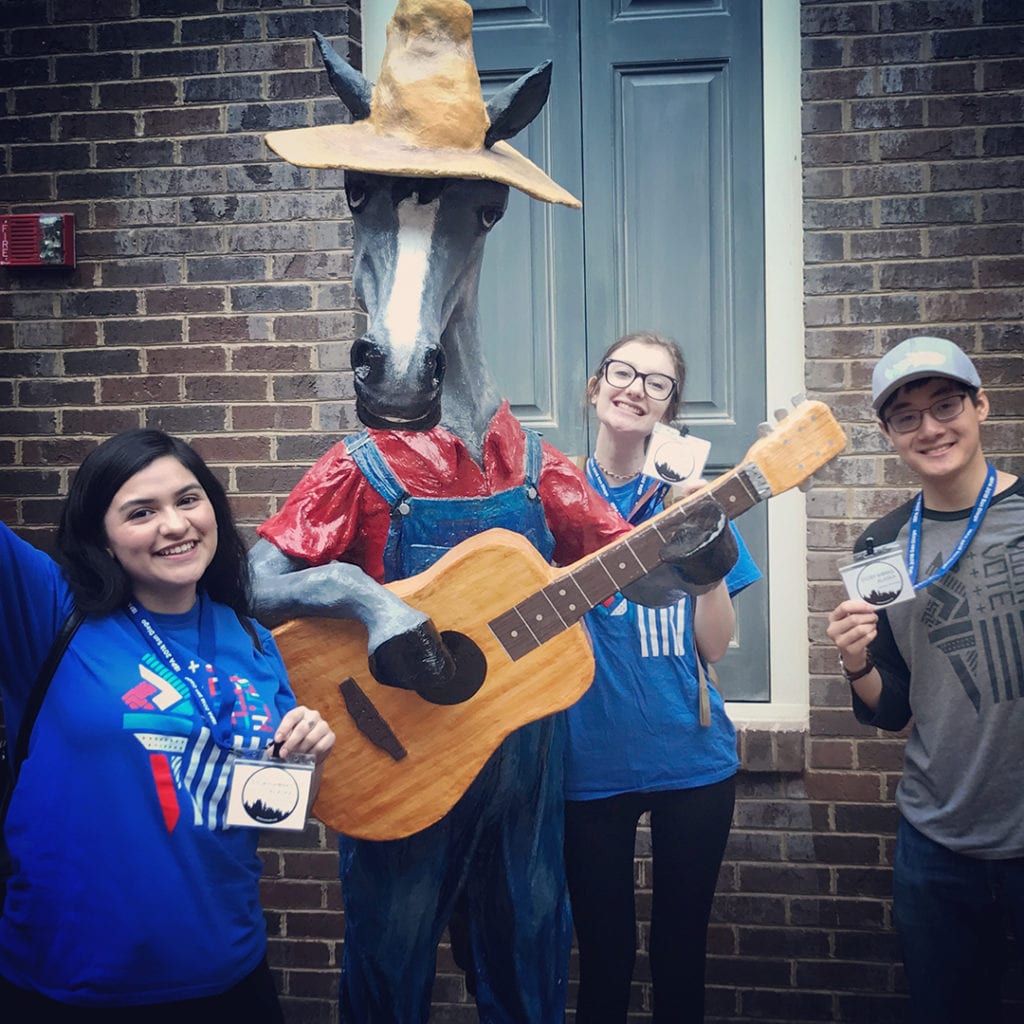 According to the IBPA website, the purpose of the conference is “for dialogue, learning, and exploration of topics critical to schools, agencies, and individuals dedicated to bullying prevention. Conference workshops, poster sessions, and TED-inspired sessions include practical, hands-on solutions and theoretical, research-based presentations.” This year’s conference focused on the importance of adult-youth relationships.

A month after the convention, Graziano sat down for a conversation about what he learned and how it applies to the Anchorage community.

What’s something you learned at the convention?

Before, I had never really known about what bullying prevention looks like for those with disabilities. It goes from least assertive to most aggressive. One of the prevention methods is, “What a Bystander Can Do.”

What would be an effective use of one of those methods?

One of the methods they talked about was separating the one expressing bullying behavior from the one with the disability, and either diffusing the situation by separating the parties or simply trying to turn it into a positive situation.

What’s something about bullying that you think a lot of people don’t consider?

I think a lot of people don’t consider the emotional aspect of learning to control your feelings. I think people have a belief that you have to suck it up and that emotions don’t really have a place in the world. And I think that’s really cold. I don’t think there’s enough emphasis placed on how important it is to understand your feelings and how to manage anger. I don’t think people believe emotional learning or emotional control is as important as it should be.

In your experience, why do you think there’s a focus on bullying prevention in Anchorage?

I think it might have to do with the diversity, or the perception that we have such a diverse community. I think that can sometimes lead to cultural tensions.

Another reason I think there’s an emphasis on bullying prevention is because Anchorage is such a close knit community and we really want to emphasize creating a community that accepts everybody. The state of Alaska has one of the highest suicide rates as well. So you combine all those factors and bullying prevention really needs to be emphasized.

Why is it important to not call someone a bully, but instead say that they’re exhibiting bullying behavior?

Do you have anything else?