Former Spirit of Youth Honoree Pays It Forward, Nominating a Youth in 2017

Back in the ‘90s, Anchorage teen Marie Craig, now Marie Acemah, opened the Crooked Rascal, a small shop in downtown Anchorage. The store sold records and zines from across the U.S. It was also a community space aimed at fostering creativity—patrons could borrow a shared film camera, or sit down to write at a communal typewriter. In ‘98, she was honored for her entrepreneurship with a Spirit of Youth Award.

Almost two decades after receiving a Spirit of Youth Award, Acemah continues to see hope and resiliency in the organization.

“Spirit of Youth is a really neat program and I’m happy that I can connect my students now with it, and students from around the state can really shine this way,” she said. “We need all this focus on positive energy because there’s so much negative media out there.”

For the past seven years, Acemah has been working with youth in Kodiak to make films on local history. That’s how she met Rafael Bitanga. Four years ago, Bitanga attended one of Acemah’s film workshops. Soon after, Bitanga launched his own film and photography business.

“He is now one of Kodiak’s most popular photographers and wedding videographers,” Acemah said. “It’s challenging to decide which one of Bitanga’s efforts I should focus on in this nomination.”

Bitanga’s passion for culinary arts goes back to his home in the Philippines, when he was 5-years-old cooking with his mother. As a child, he immigrated to Kodiak with his parents who found employment at seasonal seafood processing plants. In Kodiak, he participated in culinary arts clubs, selling food he cooked with his mother to help support his family. Acemah recalls a time when Bitanga cooked for a community fundraiser after his classmate lost her arm in a tragic ATV accident. “[He] was able to raise over $10,000 for her medical expenses,” she said. “He has made a visionary and entrepreneurial difference in so many ways through his passion for cooking.”

When she was 20, Acemah opened a food booth called Crepe Escape at the Anchorage Market & Festival. It was a summer business she operated when she was home from college. She opened it again in Kodiak twelve years later, at the Kodiak Crab Festival. Bitanga was one of her employees.

“When I decided to stop doing the Crepe Escape, I thought he would be the perfect person to pass the baton to,” Acemah said. 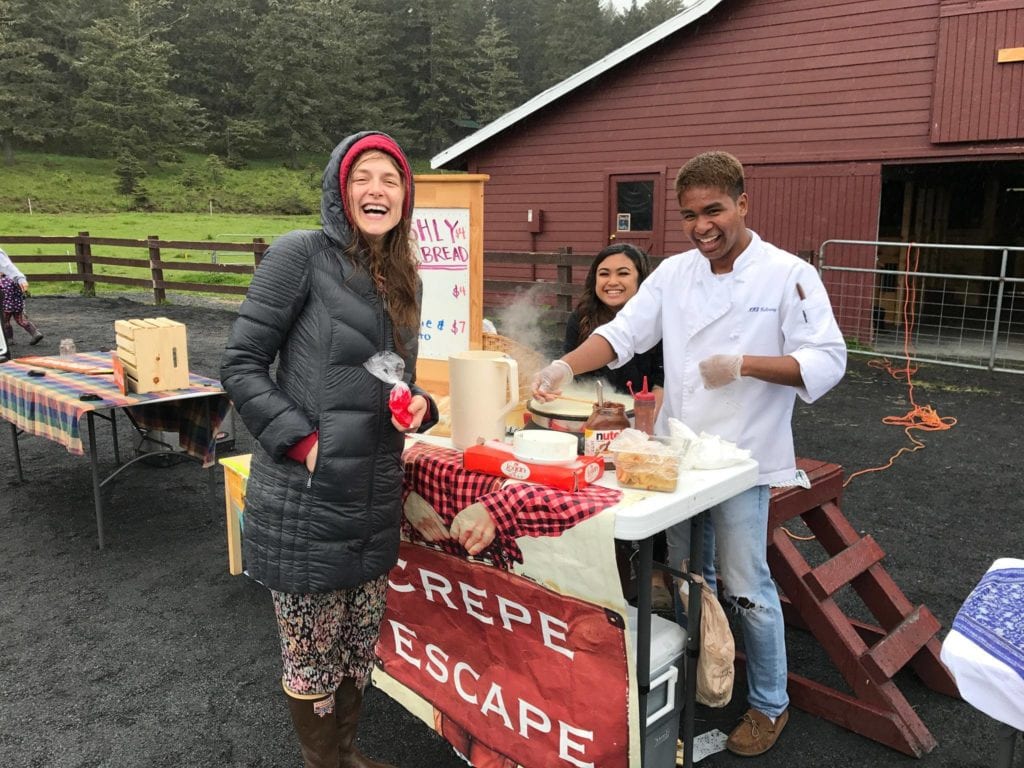 For the past two years, Bitanga has owned and operated the Crepe Escape. His first booth was at the annual Kodiak Crab Festival, a five-day event over Memorial Day weekend that features about thirty booths sponsored by local organizations. The Crepe Escape was the only student-owned and organized booth. After the festival, Bitanga took leftover ingredients and made a breakfast for the homeless, he also contributed 10 percent of the profits he made from the festival to the Brother Francis Shelter in Kodiak.

Acemah said Bitanga’s goal is to run the Crepe Escape as a community service venture in which he would help develop the entrepreneurial and culinary arts skills of youth in Kodiak, as well as continue his partnership with the shelter.

“Rafael’s dynamism and leadership skills are beyond his age,” Acemah said. “He has a strong inner drive that does not allow him to be any less than the best, and it has resulted in an academically, emotionally, and socially intelligent young man.”