CITC Youth Interns Explore the world of Media with ATMI! 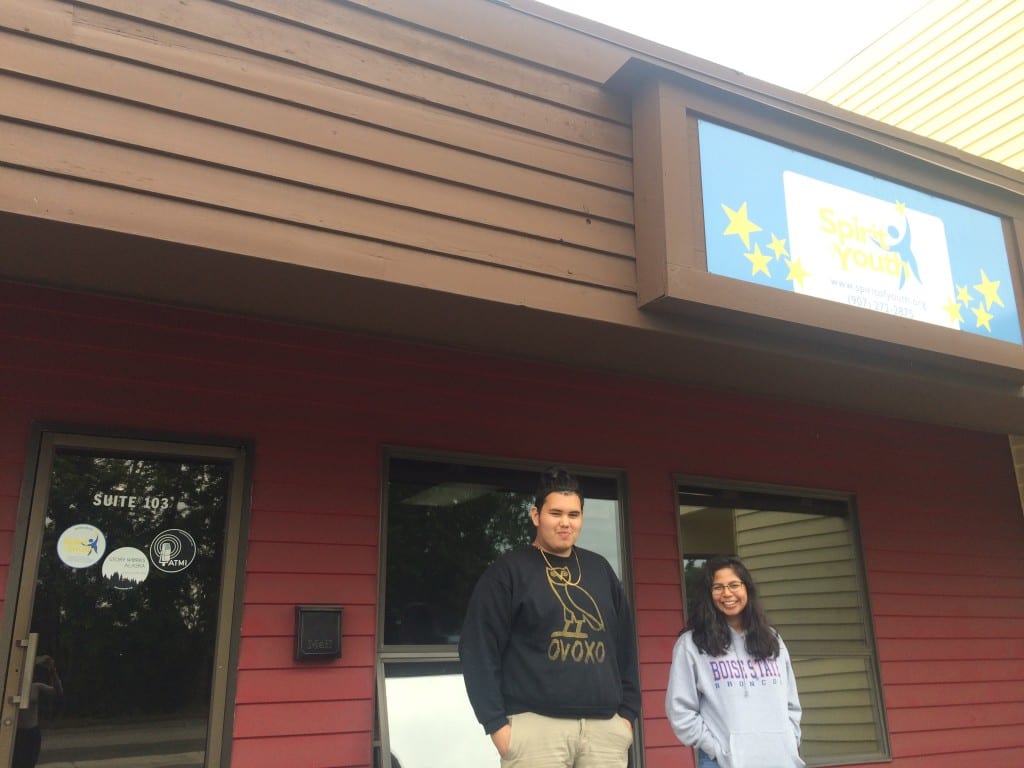 One of the best ways to get a pulse on a community, is to step out in the streets and start asking questions. That’s just what Lynette Guanzon and Kendrick Whiteman have done as a part of their paid internship with the Alaska Teen Media Institute.

In journalism that pulse is called a vox pop or voice of the population. Through ATMI, Guanzon and Whiteman are using these tools to connect to their community and build skills in media.

Guanzon and Whiteman were brought on as paid interns through the Cook Inlet Tribal Council’s youth employment program. After applying and qualifying for the internship, both were interviewed for positions that were chosen for them based on a personality test. In June Guanzon and Whiteman joined ATMI’s ranks. For both students, this was an opportunity that couldn’t be found elsewhere,

For Whiteman, this isn’t his first job, but it’s nothing like his previous work experience. He’s enjoyed working with ATMI staff Robert Stormo and Rosey Robards, “Since the beginning of the internship, they’ve always been pretty like laidback and open-minded about most of the stuff. And it wasn’t really like a boss looking over your shoulder all the time, and telling you what to do.”

Whiteman has worked for his parents doing farmwork, and says of that job, “It was always like pretty, kind of rough. They’re always telling you what to do. Although that was my job, I wasn’t really free to do what I wanted, or how I wanted…so it’s kinda cool to do this for a change.”

Guanzon and Whiteman have been working on a number of smaller projects, but for both, their favorite work so far have been vox pops conducted in Downtown Anchorage. Guanzon collected responses to questions on social media, and the impact of usage,

“Older people didn’t really use social media,” Guanzon says, “and some of them are saying that they wanted to wean off of social media because of how negative it can be.”

Whiteman is currently working on editing a vox pop about drugs and crime in Anchorage, “I had people saying there should be stricter laws or stuff like that, or other people saying it’s like the fault of pharmacies and things like that,” Whiteman says, “I just got a bunch of different types of answers with different backgrounds and different perspectives on it.”

The vox pop has been a way for Whiteman to explore an important issue that impacts young Alaskans, “I used to live in a place like where drugs were a big issue, especially in school. So it was like something I’m kind of used to…it’s kind of shocking to see the same problem here in Anchorage…I don’t really have an experience with it personally, but I’ve seen it around my whole life.”

Guanzon and Whiteman will leave their internships with extensive experience in media production, as they continue to put learned knowledge to practical use and freely explore what matters most to them.