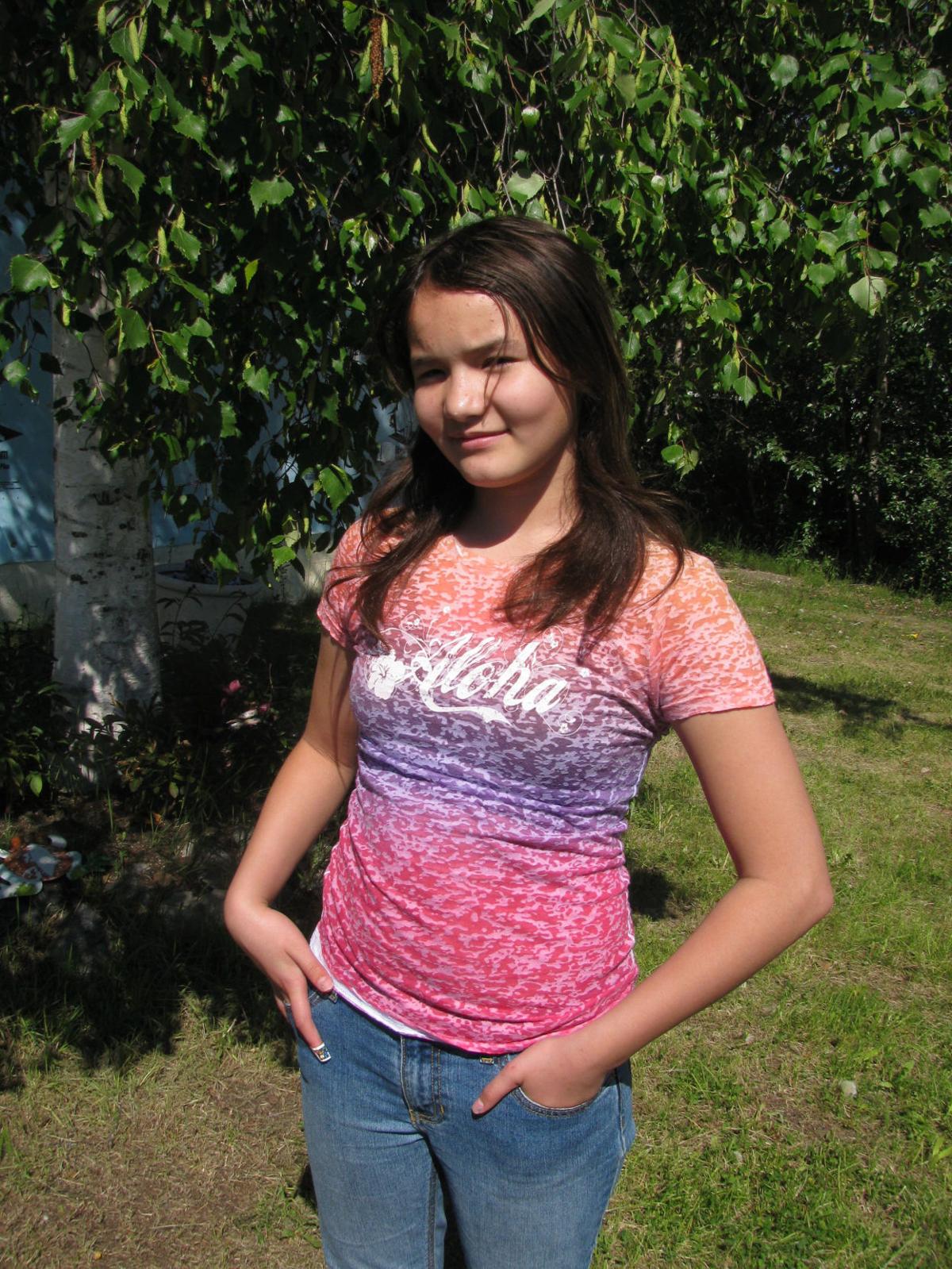 Leena Robinson, of Nenana, has big plans for her future.

Community editor and columnist Kris Capps is a longtime resident of Fairbanks and Denali Park. Contact her at kcapps@newsminer.com, in the office at 459-7546 or by cell at 322-6334. Follow her on Twitter: @FDNMKris.

Whenever Kris Capps posts new content, you'll get an email delivered to your inbox with a link.

Email notifications are only sent once a day, and only if there are new matching items.

Leena Robinson, of Nenana, has big plans for her future.

NENANA — There aren’t many 12-year-old girls who have mapped out their lives the way Leena Robinson has.

This soon-to-be eighth-grader in Nenana is already a veteran of several youth leadership conferences and is headed for a big one in August in Washington, D.C., — the Junior National Young Leaders Conference: Foundations of Leadership. The six-day event helps develop leadership in young people.

One of the goals for conference participants is to create an action plan that can be put into practice back in the home community. That’s good, because Leena has big plans.

First of all, she wants to work or intern as a page in the Alaska Senate, after learning about that opportunity at one of those earlier conferences.

“I thought it would be a great experience and I want good stuff on my college resume, so I can get into a good school,” she said. “I just want to be prepared.”

She already has a college plan. Leena said she thinks she will attend the University of Alaska Fairbanks for two years, and then hopes to study business, perhaps in Hawaii.

She loves meeting new people, so she is excited about the prospect of new friends in college.

The 12-year-old also plans to open a bakery at some point. She has learned a lot about baking from her mother and is intrigued to turn baking into a business.

Her ultimate goal? She wants to be the first female chief of Nenana. Her grandfather, Donald Charlie, is the current chief of Nenana and she admires him greatly. She considers him a wonderful role model. It’s because of that admiration this goal developed, she said.

“I’ve always wanted that, honestly,” she told me. “We have a fish camp here for kids and I got the award for being future chief, and it made me so happy. It has been my goal since I was a kid.”

She thinks this goal is very doable and not extraordinary at all.

“You have to be part of the tribe first, which I am,” she said. “Also, the people in the tribe vote for the chief. Mostly guys, because of tradition, you know.

“I want to be the first chief to make the change,” she said. “Some traditions you have to break.”

Leena’s teacher, Mindy Jacobsen, who is an award-winning BP Teacher of Excellence, nominated her for this conference.

Leena is fundraising to pay for the opportunity.

Her first baking fundraiser was a big success, so she is holding another at 10:30 a.m. Saturday at Coghill’s Store in Nenana. In addition to the $2,000 registration fee, there is the cost of plane tickets for her and her mother, Maryellen Robinson. She plans to include a car wash at a later bake sale.

Leena is confident she will raise all the funds by the time of the conference, Aug. 7-12. So if you need to find her before Saturday, she’ll probably be in her kitchen, baking.

Meet at the Pioneer Park Train Station at 2 p.m. From there, knitters will spread out and show their craft. How intriguing is that?

The newly formed Fairbanks Knitters Guild is organizing this event, but you don’t have to be a member to participate. You just have to knit or crochet in public.

The purpose of the day is to show the world that everyone knits —  all ages, nationalities and genders. Not only that, knitters make some pretty cool stuff.

Sorry, there are no recent results for popular videos.

We're always interested in what you're seeing and hearing around the community. Send us your news tips and best photos.